The word “prion” apparently comes from combining PRotein and infectION, to form the word PRION.

Scientific American says this about prions,

“If you had to choose the world’s most indestructible biological entity, it would be hard to do better than the prion. It’s the Rasputin of biology: cook them, freeze them, disinfect them, pressurize them, irradiate them, douse them with formalin or subject them to protein-cleaving proteases, and yet they live.” Read more.

As indestructible as prions are, it’s highly worrying that they cause fatal neurodegenerative wasting diseases that affect humans as well as animals. Mad cow is the most well known and sprang up with the incorporation of ground up, otherwise unusable cow parts, into cow feed.

Kuru is a less well known disease that was experienced in eastern Papua New Guinea as a result of preparing food that incorporated parts of revered elders whose life force the tribe wished to keep present. The cannibalistic practice has since been stopped. 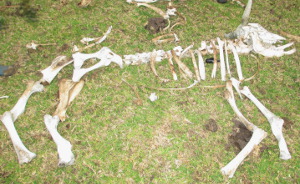 Bone meal, prized by many for use with roses, has been known to contain prions. Attempts to free the meat and bone of prion contamination in processing have been unsuccessful. The government suggests that you can safely use bone meal if you wear a mask, so as not to inhale dust which may contain prions.

However, it turns out that prions live happily in the soil and can be taken into plants to become part of whatever food a plant produces.

“Our results suggest that prions are taken up by plants and that contaminated plants may represent a previously unrecognized risk of human, domestic species, and wildlife exposure to CWD.” CWD is Chronic Wasting Disease. Read more.

I, personally, have not used bone meal since I learned about prions decades ago. I’m hoping that I’m safe from earlier use given that the incubation period generally concludes by age 60, and I’m in my 70s.

Protein can deform into prions

What is especially insidious about Jobe’s Organic Fruit and Citrus Fertilizer containing bone meal, is that prions are somewhat dormant to nonexistent in alkaline soil. On the other hand, in acidic soil, like that most suited to citrus, prions increase in number. This is because prions are deformed proteins and acidic soil tends to increase the deformity. 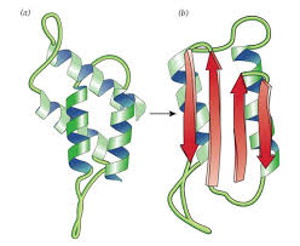 “Several researchers have discovered that prion’s deadly misshapen form is determined by exposure to low, acidic pH environments. In a healthy neutral or alkaline environment these proteins are just fine, happy and properly shaped. However, under low pH, acidic conditions all that changes. As pH goes down and acidity increases (red line in chart below), proteins get more and more distorted until at some point they can no longer recover their proper shape and are permanently now Prions — infectious proteins.” Read more. 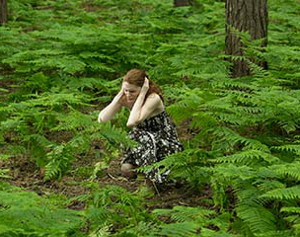 Darn it. I had no idea that prions could be in plants. I really wish I had not used bone meal via the Jobe’s “Organic” Fruit and Citrus Fertilizer.

Even though I was aware of prions and bone meal, I believed that not breathing prions in, kept me safe. The US government, among other “authorities”, says that wearing a mask keeps you safe. But, once I read a bit more about prions, I discovered that breathing them in is only one way of being infected.

Researchers also found that plants can uptake prions from contaminated soil and transport them to different parts of the plant, which can act as a carrier of infectivity. This suggests that plants may play an important role in environmental prion contamination and the horizontal transmission of the disease. Grass plants can transport infectious prions

Two hours after discovering the problem: I’ve removed the top inch to two inches of soil from my pots of citrus and guava that I had fertilized with Jobe’s Organic Fruit and Citrus Fertilizer. I put the “contaminated” soil around my rose which I water with alkalizing Alfalfa Tea.

Now I have to mix compost, perlite, coir and some used soil from a pot that grew carrots so that I can replace the soil I took out of the citrus pots.

A day later. I’ve got my plants back, almost, to where they were before I contaminated them. I sure don’t need any prions in my oranges, avocados or kumquats. The symptoms of prion disease, per Scientific American, are pretty off putting… even the “uncontrollable laugher”.

“Once symptoms appear in humans, tremors, convulsions, personality changes, hallucinations, and uncontrollable fits of laughter can precede death, usually within six months or so.”

Scientists who looked at what factors might degrade prions in a forest environment discovered that lichens were quite capable.

What they found was nothing short of stunning. Not only could lichen organic and water extracts degrade prions at least hundred-fold (and sometimes to the point of undetectability), simply incubating the prions in water with an intact lichen could destroy them — mighty prions, which laugh off the rigors of autoclave and radiation, and I hardly need add, a slew of proteases we ourselves have thrown at them. Read more. 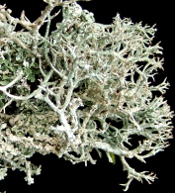 The species that seems rather easy to buy is Cladonia rangiferina, commonly known as Reindeer Moss. Apparently it’s popular for use in fairy gardens, to simulate trees. You can buy a gallon of it or a quart, on Amazon, which I am keen to do. I’m just not sure I can make the lichen happy here in the high desert… while I wait for them to rid me of my prion problem. I don’t really want to grind them up and water them into the prion patch around my rose where I put all the contaminated soil since I water the rose with alfalfa tea, which is alkalizing. Alkaline soil apparently inhibits prions.

I’m going to be much more careful when I order any fertilizer, to be sure it does not contain bone meal. I don’t want to take any chances with the health of my brain.

I’m ordering Reindeer Moss, the lichen, as soon as I get my social security for next month.

9/5/2021 ~ Darn it! I was so sure Dr. Earth fertilizer would not have bone meal in it that I didn’t check before I bought and began using it, and it does. Darn it.

While Composting is unlikely to completely destroy all prions because of variability in compost conditions and microbial activity. However, long composting periods can reduce BSE prion infectivity by at least 90%. Adding feathers to the compost may further encourage the growth of microbes that degrade prions.

Bioassays: The longer prions were in the field-scale composter, the longer it took Syrian hamsters to get sick after being implanted with those prions. Disease onset was delayed in hamsters implanted with prions composted for 14, 56 and 144 days, and hamsters implanted with prions composted for 230 days still had not developed the disease nearly a year after being implanted. This clearly demonstrates that composting reduces the infectivity of prions, and prolonged composting may render them non-infective.